I soon discovered electronic music and especially EDM. I started pounding on the piano like I was crazy. The main thing was to keep the rhythm, create an interesting repetitive groove and change only slightly the color of the sound. My approach to music has remained very similar today. I have never been an excellent performer, keyboardist, drummer or songwriter. I've always been more of a discoverer of new sounds and rhythms. I enjoy making music no matter how. Program the drums using a piano roll, record the bass guitar via MIDI keyboard or sample an old jazz trumpet and rearrange its tones differently.

A major milestone in my music production was the purchase of an 8-bit computer Atari 130 XE computer. I learned to program music in Atari Basic and started using the very first primitive music apps. My parents bought me the first keyboard at the Vietnamese market. It was a whole new world to me. I was able to play the keyboard while having the beat and changing the sound parameters in realtime. I have demo tapes from 1992 / 1993 created with Atari and a children's keyboard recorded on my audio cassettes. Another important milestone in my music production was the PC. I made music in trackers for many many years. I loved the golden time of DOS trackers and the tracker scene. 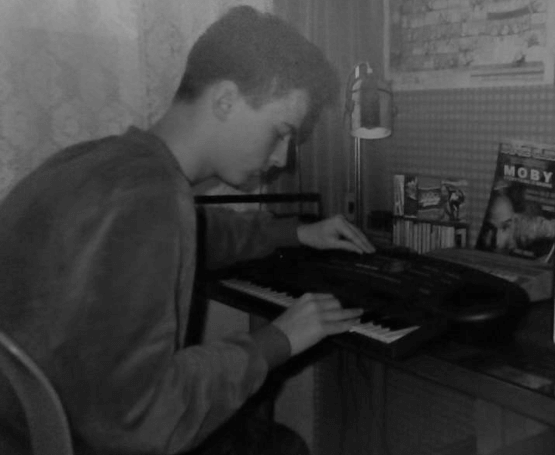 Beginnings of my musical journey

We started first band God´s FX´s with my classmates Peter Ecco Matěj (sampling, programming) and Ondřej Maršíček (clarinet) from high school in 1996. We produced a few songs using DOS trackers and played a few local gigs in Bílina (CZ) with the old heavyweighted desktop PC + KAWAI keyboard borrowed from school. Soon after, we got together with other boys from high school - Vít Votruba (saxophone) and David Havlík (bass). Petra Börnerová also joined us on guitar and the band Surrounding was formed. I guess that was 1997.

We created a unique kind of fusion of electronic music with live instruments, which led to the sound close to bands like Asian Dub Foundation or Apollo 440. The band was composed of grammar school students: Petr Matěj (groovebox, sequencing), Vít Votruba (saxophone), David Havlík (electric bass), Petra Börnerová (electric guitar) and me on keyboards. Demo CD Edge (1999), EP Midnight Runners (2001) and recording from a live concert at Národní dům (1998) in Ústí nad Labem (CZ) are available on Bandcamp. On my YouTube channel there is also Surrounding band rehearsal from 1999 and Surrounding in TV show Hity made by regional television Dakr (Most / CZ). 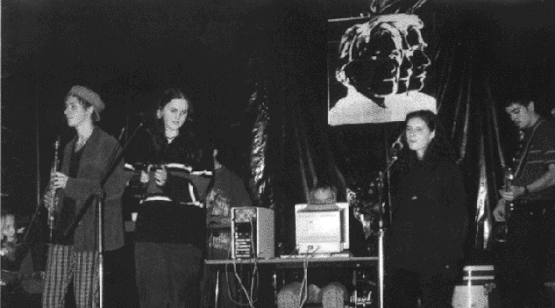 My musical vision was most shaped between 2000 and 2010. At that time, I was still playing keyboards in Surrounding. I was listening to a lot of jazz at the time (Herbie Hancock, Guido Manusardi, Dizzy Gillespie, Miles Davis) and also acid jazz (Jamiroquai, Erik Truffaz, Duboniks, Buckshot Le Fonque). In 2001 during my school internship, I got into the production studio of the local radio station TEP (100,6 FM) for half a year as an assistant sound engineer and recorded there EP Tools With No Purpose. Used SoundBlaster AWE32 & Midiman Audiophile 2496 sound cards, Yamaha CS1x synthesizer and software like Fast Tracker II, Resolution Audio AXS, ModPlug Tracker and Propellerheads ReBirth RB-338 which is software clone of well known Roland TB-303 bass synthesizer. The album features several guests - Jiří Eisenhammer (alto sax), Vít Votruba (tenor sax), Petr Baraňák (acoustic guitar) and Pavel Rais (flute). It is kind of jazz, reggae and dub influences with computer aided electronica mixture.

Real game changer was the release of Contemporary Art from the Blackmarket. This EP was released by Language Lab net label in 2005. The intro reflected the disproportionate intervention of the Czech police at the CzechTek festival, which acted on the orders of Prime Minister Jiří Paroubek. Trafo was inspired by the golden era of big triphop names (Massive Attack, Portishead, Tricky ...). Espirito Santo and Mecca are well-known singles that led Yogi Rulez to victory in the Startér (Český rozhlas, Rádio Wave) talent contest. Songs from this EP were played not only by Radio Wave, but also by Radio 1, Czech Radio Vltava and internet radio stations. 100 CDs with fine printed booklet artwork were released at my own expense. 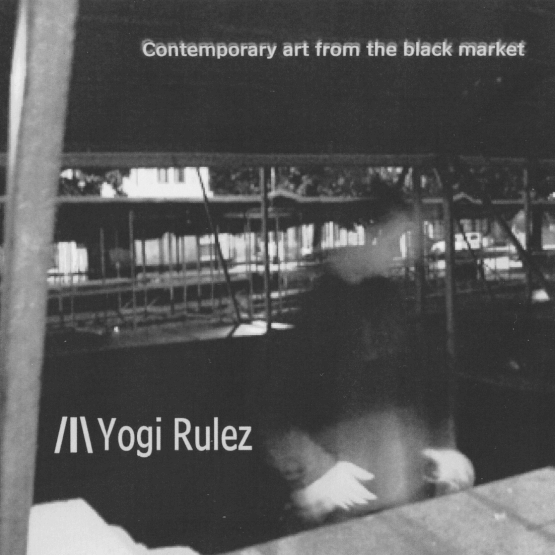 During 2005 and 2006 I studied drums at the Jam Music Institute Prague under the guidance of Danilo Ferrando (IT) and Thom Herian (CZ). Not to be good drummer, but to be able to compose believable beats. I have always had a vision of a virtual orchestra that would listen to me and play exactly what I want. In the real world, this would be difficult. But with the use of computer and continuous improvement of the quality of virtual acoustic instruments this is possible and moreover - it is increasingly realistic. I can choose from a lot of sound colors in the form of real musical instruments. This is how my childhood dream comes true. At the same time, however, this approach limits the ability to interpret my music live. 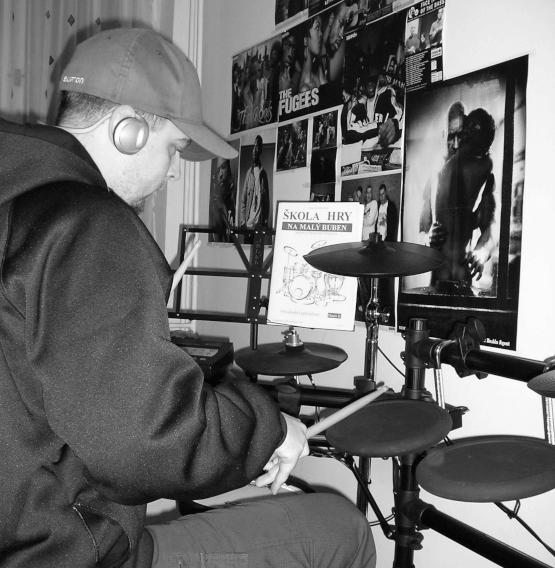 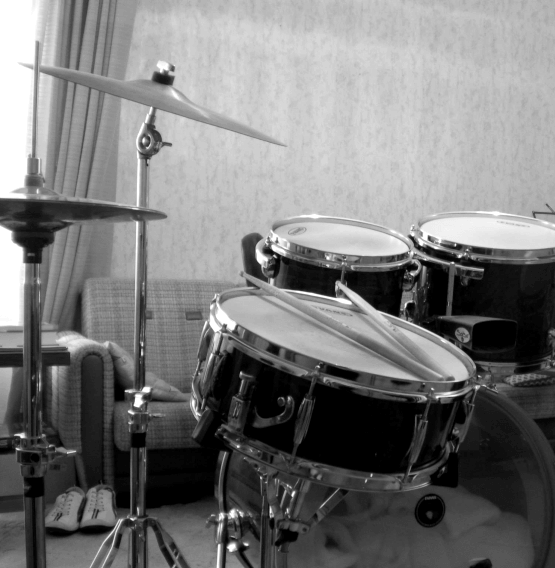 Shortly after winning the Starter contest in 2007, Yogi tried to form a live band, with which he rehearsed several songs from the later album Brand Nu Concepts. Unfortunately, live and stage performance was not, is not and probably will never be the strength of Yogi Rulez that has been purely studio project for decades. Although Yogi's compositions interpreted by Radek Krampl (vibes), Jana Fabiánová (vocals), Matěj Havlíček (bass), Martin Kuzma (drums) and Yogi (sampling, keys) was quite interesting, it was not a long-term sustainable thing. Yogi Rulez thus became one man studio project again and continued electronic music production.

The domain of Yogi Rulez's work has always been studio production and music distributed over the Internet. And with family life it's all the more true. I devoted myself exclusively to my family for several years until 2019. Now I make music at night when the kids are asleep. Family has been, is and always will be the number one priority for me. And that's why Yogi Rulez will probably remain exclusively studio music. It may be a mistake, but it's more likely to be the case. I'm not a professional musician. It's just a hobby with a little more ambition than an amateur fisherman can have. 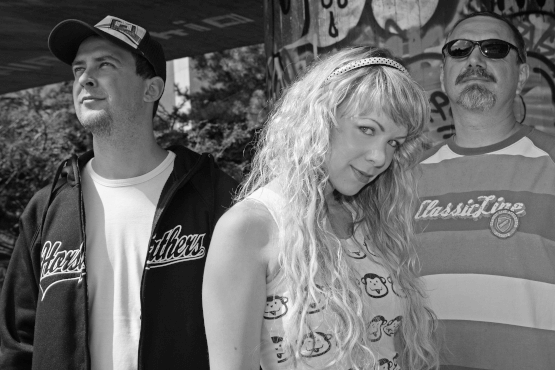 Thirteen years after winning Startér talent scouting contest on Radio Wave, Yogi Rulez continues magic recording studio games balancing between downtempo and electronic jazz based on a fusion of double bass, rhodes piano and vibraphone mixed with fresh chillout grooves. Everything bad is good for something. The lockdown caused by the COVID-19 epidemic created time and space to complete the sound work on the EP Microbiome, which I have been working on since 2019. New musical genre called "lockdowntempo" saw the light of day. With this record I discovered a world of streaming platforms, social media and opportunities that beatmakers never dreamed of some 10 years ago. Suddenly, music can reach people more easily and quickly. That's exactly what I dreamed of.

Thanks to all musicians I had the honor of working with. Thank you Radek Krampl for conscientious mentoring, which always guided me in the right way. You moved me, you created a brand new Yogi Rulez. You have created a confident music producer who works on a record with world sound quality. In 2022 I celebrate 30 years of electronic music production and present a brand new album Time Goes By which will be available on streaming platforms and also in the form of 300 CDs and 100 LPs issued at my own expense. I´ve been working on this record night after night for over a year. Stay tune! 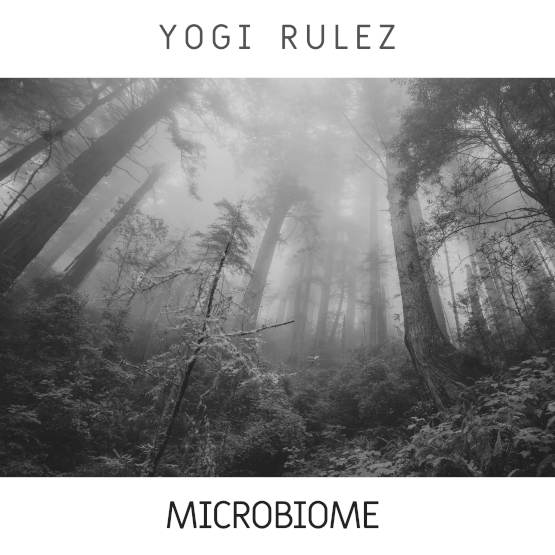